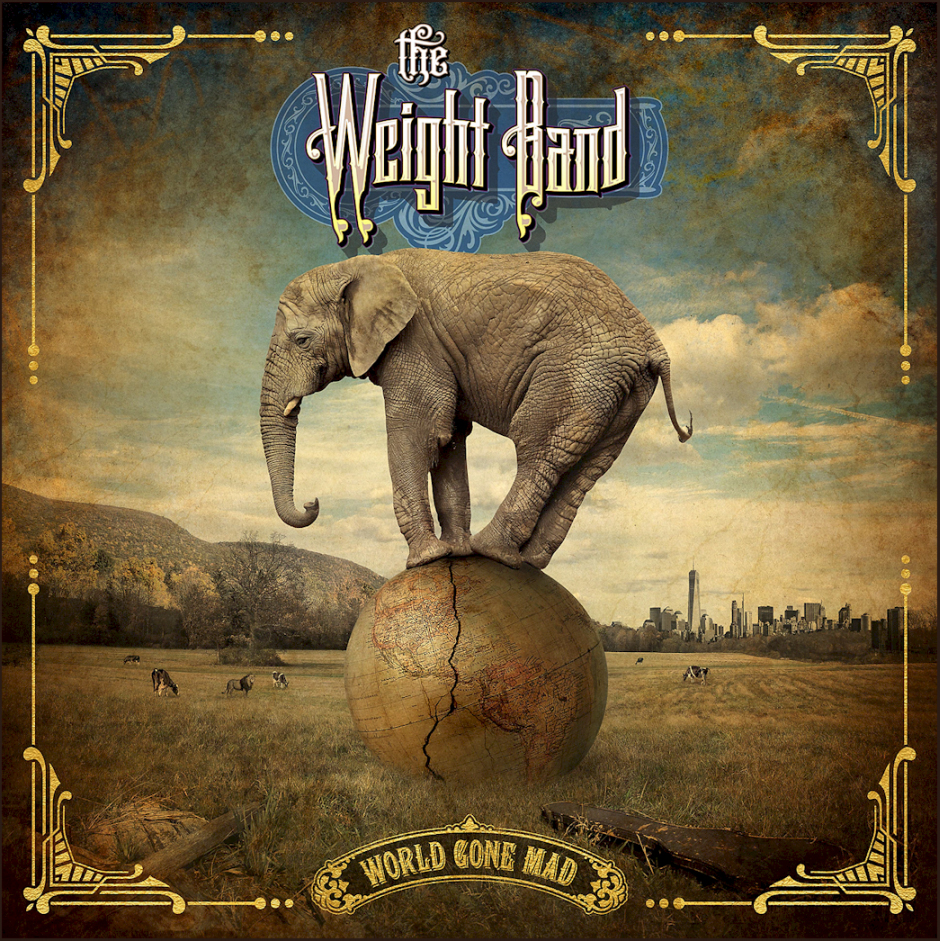 Recorded at Clubhouse Studio in Rhinebeck, New York, the album salutes a rich musical style best described as the “Woodstock sound.” A live, raw and rustic American musical tradition is heard throughout the self-produced album, with lyrics reflecting stories of love, humor, and personal journeys.

“The album salutes … the ‘Woodstock sound”

World Gone Mad shines bright during moments like the title track, a powerful glance at the current national mood. The band’s growing concern over the divisiveness of today’s political climate and the hardship of life in America is revealed on “Common Man” and “Fire in the Hole.”

“a powerful glance at the current national mood”

Lead vocals is a job met by all five members of the band. Guitarist and mandolin player, Jim Weider likens their shared vocal duties to the treat-ment and approach perfected during his 15 years with The Band. “Lead vocals alternate on each song, with members trading off,” as evident on “Heat of the Moment” and “I Wish You Were Here Tonight.”

The album is capped off by a fulltilt live version of “Remedy,” cowritten by Jim Weider and originally recorded for The Band’s Jericho album.

The launch of World Gone Mad is perfectly timed for the group, capitalizing on new attention generated from their live concert showcase on the nationally syndicated PBS television series, Infinity Hall Live.

The Weight Band originated in 2013 inside the famed Woodstock, New York barn of Levon Helm when Jim Weider and Randy Ciarlante — both former members of The Band — performed “Songs of The Band” with Band founder, Garth Hudson, alongside Jimmy Vivino and Byron Isaacs.

Inspired to carry on the legacy of the unforgettable rock group, Weider (guitar, mandolin, vocals), Ciarlante and Isaacs began performing fan favorites from The Band catalog to audiences across the country, inviting Marty Grebb (keyboards, or-gan, horns, vocals) and Brian Mitchell (keyboards, organ, accordion, vocals) to complete their sound. The Weight Band later added Albert Rogers (bass, vocals) and Michael Bram (drums, vocals) to make up their current lineup with Weider, Mitchell and Grebb. Together, after four years of touring, The Weight Band has recorded a new album of original material, capturing The Band’s musical tradition and packaged for today’s vibrant Americana base.

“a new album of original material”

The Weight Band’s musical connections to The Band run deep. Replacing Robbie Robertson as a member of The Band in 1985, Weider toured internationally with Levon Helm, Garth Hudson and Rick Danko. His tenure included writing for and recording three studio albums with The Band.

“The Weight Band’s musical connections to The Band run deep.”

Weider and Brian Mitchell are also members of Levon Helm’s Midnight Ramble Band. Five time Grammy-award winner Brian Mitchell is highly regarded in the music industry. Marty Grebb, formerly with The Buckinghams and who has per-formed with Leon Russell, Bonnie Raitt, and countless others, contributed to both The Band’s Jericho and Jubilation albums.

The group released their first fulllength studio album in February 2018. World Gone Mad is an Americana/Roots Rock masterpiece of the Woodstock sound.